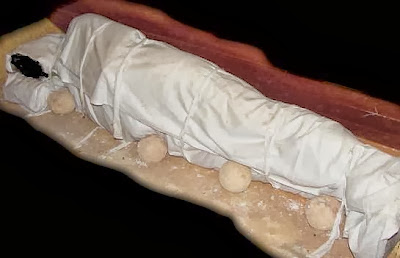 Canon cameras are well known for their quality and are used by renowned photographers worldwide. Among DSLRfags Canon EOS 5D Mark II is the camera that wants to ultimake wank if they have money. 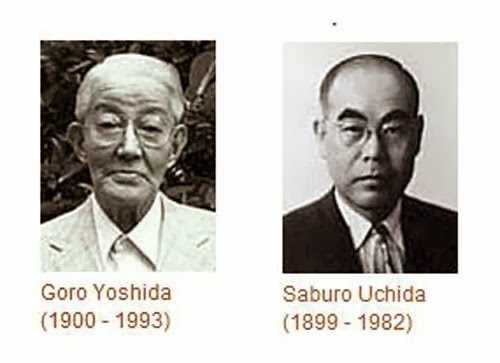 Do you know the name Canon is taken from the name of Goddess Guanyin? You know the Goddess in theWukong The Monkey God tv show years ago? In Japanese, Guanyin Goddess called Goddess Kwanon. Companies that produce Kwanon camera set up by Goro Yoshida and Saburo Uchida in November 1933. Their company was then known as the Seiki Kogaku Kenkyūjo or in English Precision Optics Laboratory. In 1934 Precision Optics Laboratory produce their first branded camera Kwanon. It produced a 35mm camera for against Leica camera Model II which was then considered the most awesome camera market. 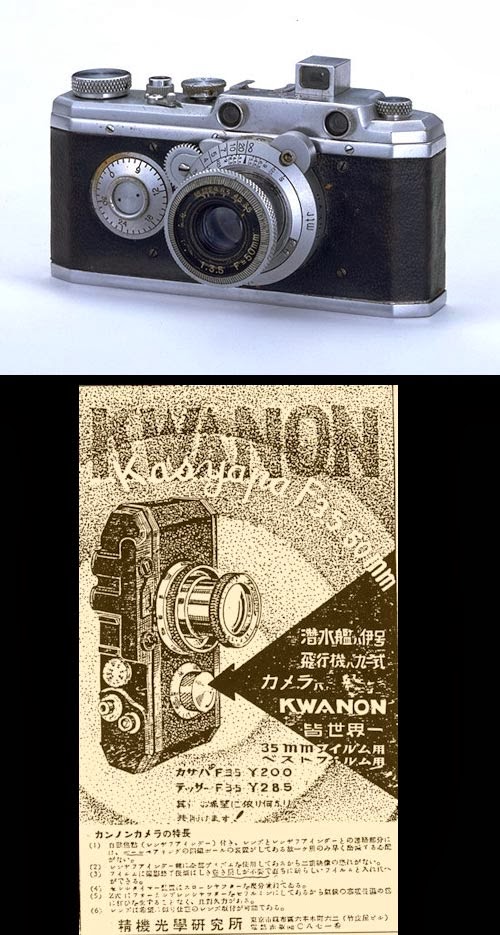 There's a reason why Goro Yoshida produce Kwanon camera along Saburo Uchida who is his brother-in-law. At that time the price of a Model II Lecia is 420 yen. This is the opinion of Goro Yoshida are too expensive for most expensive wage a Japanese citizen at the time was 70 yen a month!!

According to the story, about 1920 Goro Yoshida went to Shanghai to get spare parts for a projector. Goro Yoshida at that time working with a projector repair company. On arrival in Shanghai he met an American named Roy E Delayyang a supplier of spare parts camera and projector. When knowing Yoshida came from Japan just want to get Spare Parts E Delay said Roy;

"You came to China just to get a substitute? Your country already produce warships and combat aircraft world-class. No reason Japan can not afford to produce their own camera"

Yoshida returned to Japan and buy a Leica Model II. He opened mekasnisma expensive cameras one at a time to learn how he can produce its own camera. When all the Leica is already separated and extracted Yoshida surprised. He said;

"I opened the expensive Leica camera one by one. I found nothing unusual materials like jewels used. Cameras only be made using copper, aluminum, steel and rubber. I was surprised how cameras made ​​with cheap material sell such expensive ! This makes me angry"

There may be said to Kwanon name used for the first camera output Kenkyūjo Seiki Kogaku very timely. Kwanon or Guanyin is the Goddess Sympathy (Goddess of Mercy). Kwanon camera sold for only 275 yen compared to Leica sold for 420 yen. The price of the Kwanon is not cheap but still Merciful to the average Japanese photography enthusiast.

Kenkyūjo Kogaku Seiki company name was officially changed to only Canon in 1947. Why Kwanon be Canon? This is to facilitate branding in Western countries. Starting from a small company has now become a giant Canon imaging and optics industry.

Never thought proper only for visiting the spare parts shop in Shanghai, a Japanese man can produce a great camera brands such as now.
Posted by Si Tukang Kate at 7:09 AM 0 comments

Builds You To Build Others

Since its establishment in 1995, Elken’s vision has always been to enrich lives. It has unfalteringly lived up to its philosophy of “Elken builds you. To build others.” At Elken, our foundations are also based on trust and nurturing people and building various aspects of their lives, including health, PERSONAL development, confidence, financial well-being, careers and families. In turn, Elken Members have gone on to share the opportunity in a meaningful way.

As one of the leading direct selling companies in Malaysia, Elken has become a sterling example of a home grown success. It has also established a stronghold in six countries in the Asia Pacific region, namely Hong Kong, India, Thailand, Indonesia, Brunei and Singapore.
With its distinctive holistic health and beauty concept, Elken’s Molecular Reform Therapy (MRT) emphasizes on 4 critical life elements to achieve optimal health: balanced nutrition; sufficient oxygen intake; detoxification and health regulation; while the Elken Total Beauty Concept focuses on bringing out the best of one’s own beauty from the top to toe, inside out.
In terms of outstanding service, Elken has set up 7 branches nationwide, i.e. Penang, Seberang Jaya, Ipoh, Kuantan, Johor Bahru, Kuching and Kota Kinabalu. The company also recently renovated and expanded its facilities to launch its own Elken Convention Centre adding on to a 1000-pax multi-purpose training hall, an additional floor dedicated to exhibitions and large scale carnivals. The new exhibition hall (named the Platinum Hall) was inaugurated in May 2009, together with Malaysia’s first water education expo. 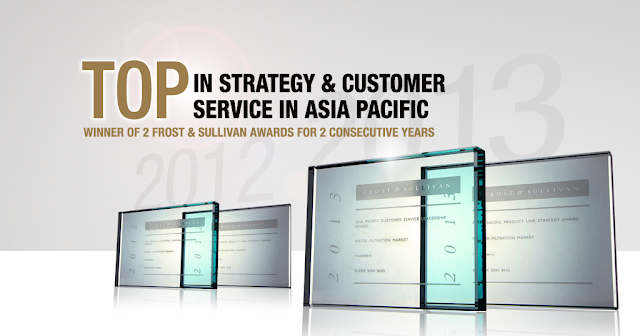 At Elken, all Elkenians receive extended support and enjoy world-class conveniences like beauty galleries, lounges, multi-purpose training facilities and EK One, a flagship one-stop retail store as well as 100 stockist centres throughout Malaysia, allowing expertise sharing, mutual learning and skill transfer.
This is Elken's company. If you're a fan of the company or a fan of Elken's products, service or anything of Elken, please click the "Like" button. This is where you can share your thoughts about Elken, communicate to the company and share your ideas.

As one of the top firms in the direct selling industry in Malaysia, Elken has become a sterling example of a home grown success. It has also established a stronghold in six countries in the Asia Pacific region, namely Hong Kong, India, Thailand, Indonesia, Brunei and Singapore.

Today, Elken’s success lies on its distinctive holistic health and beauty concept. The unique Elken Molecular Reform Therapy (MRT) emphasizes on 4 critical life elements to achieve optimal health: balanced nutrition; sufficient oxygen intake; detoxification and health regulation; while the Elken Total Beauty Concept focuses on bringing out the best of one’s own beauty from the top to toe, inside out.

In the spirit of fostering a meaningful and constructive discussion on our Facebook page, we hope that you can follow the guiding principles below. If a posted comment does not adhere to these principles, we reserve the right to delete the comment. Thanks for your support and participation!

• Post comments that add value and are on-topic.
• Do not post spam or remarks that are denigrating and/or offensive.
• Respect proprietary information and confidentiality.
• Show respect when disagreeing with others' opinions. 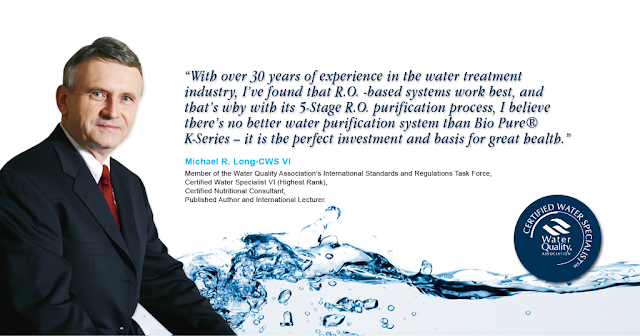 Engineered utilizing a high-tech Reversed Osmosis purification system - the ONLY solution for perfect pure water - Bio Pure® K-Series is scientifically proven to effectively remove contaminants down to as microscopic as 0.0001 microns, via a 5-step filtration process.
Through an ergonomic update in functionality and style, the Bio Pure® K-Series also offers a cutting edge design that is ahead of its time. The assembly of sleek lines and futuristic curves is a fusion made to quench your desire in more ways than one.
Lauded as the machine of the future, this system has been awarded the only WQA-S300 Gold Seal certification in Asia. Through the years, it has also been the recipient of the Reader's Digest Trusted Brand award in 2008, 2009, 2010 and most recently, the Frost & Sullivan's Product Line Strategy Award and Customer Service Leadership Award in the Water Filtration Market 2012.
The Bio Pure® K-Series does more than purify water. It makes water perfect and should be an essential part of everyday life. Bio Pure® K-Series, your perfect choice of perfect water! 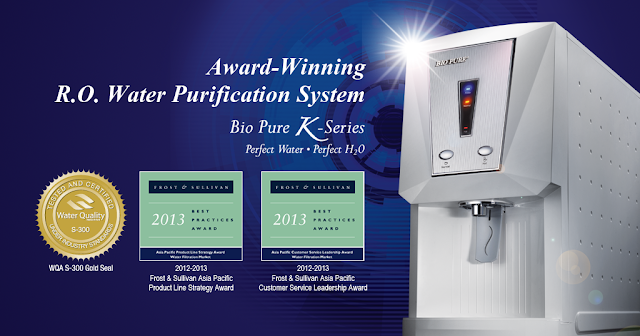 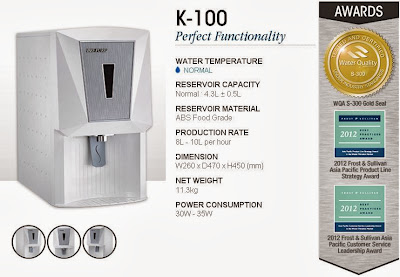 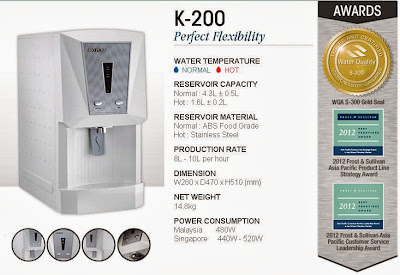 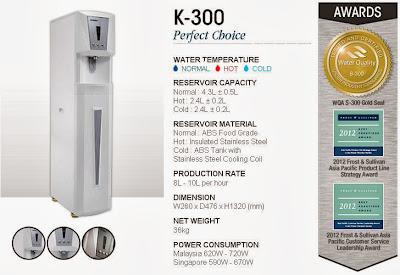 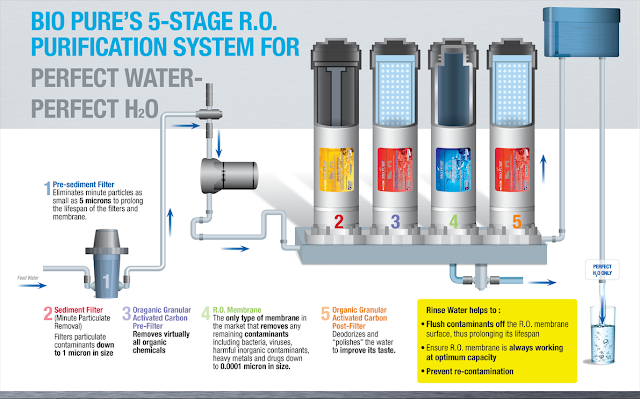 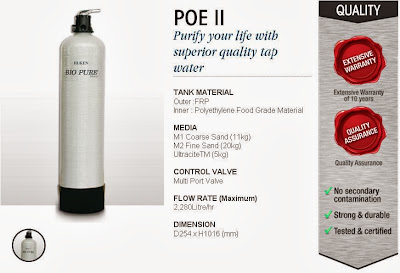 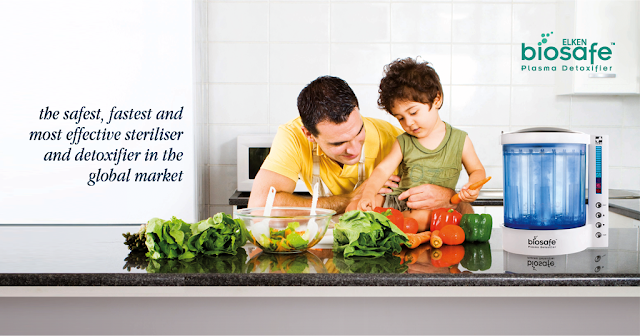 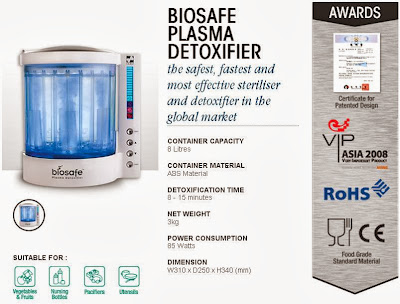 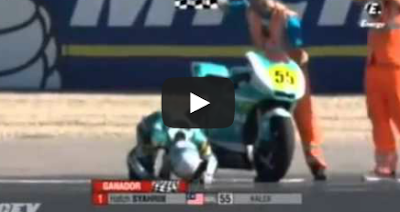 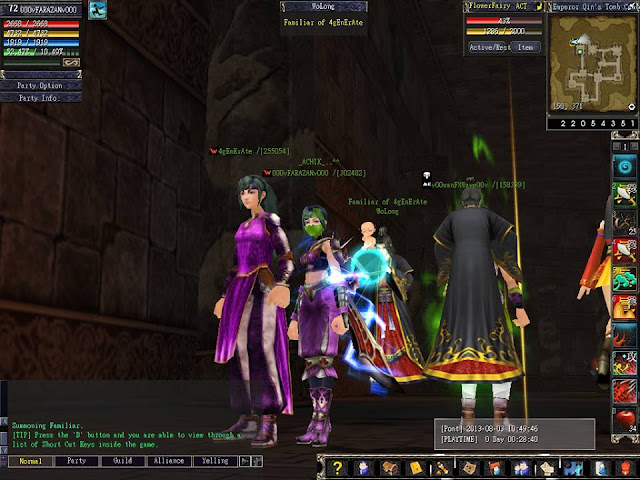 if you know about this game.you will
search for bug..so i provide some bug too some player who want it.let's watch
the game trailer

Promote Your Page Too

Si Tukang Kate
Senai, Taman Bintang, Johor Bahru, Malaysia
Hi.Assalammualaikum.saya STK or lebih dikenali as Nikmat Nikmut.This is my blog.if u like it follow.thanks too all of you that have follow me :D